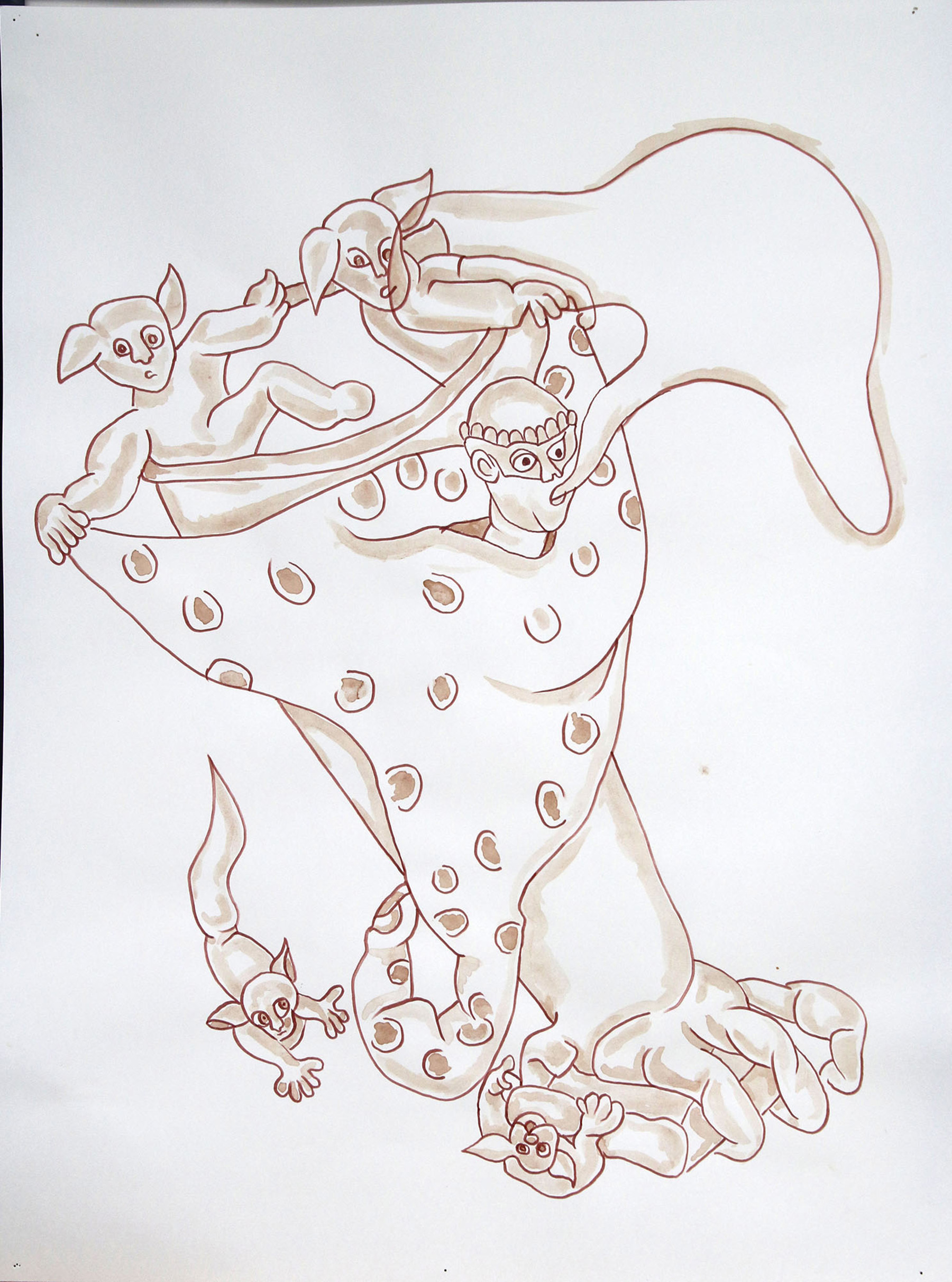 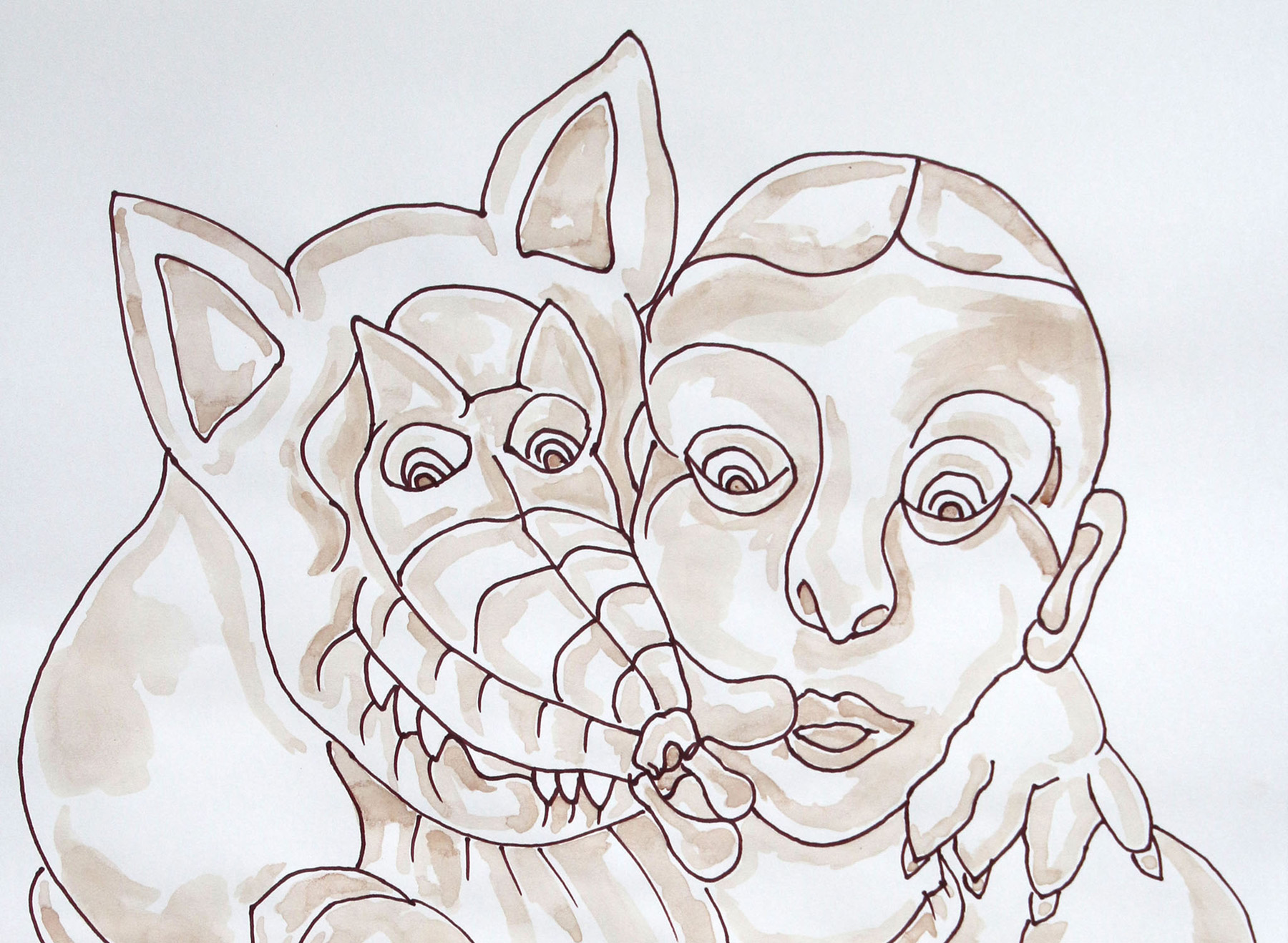 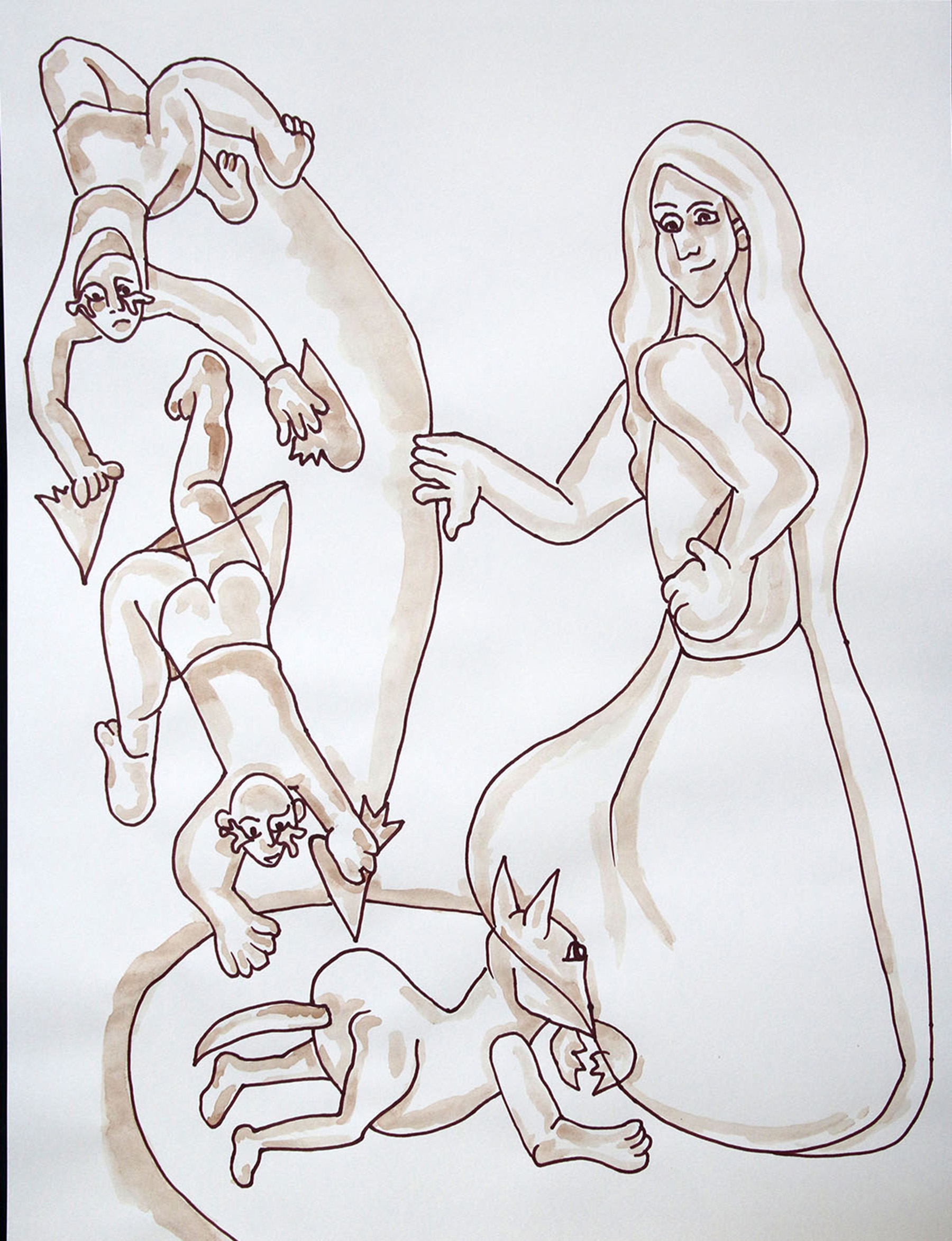 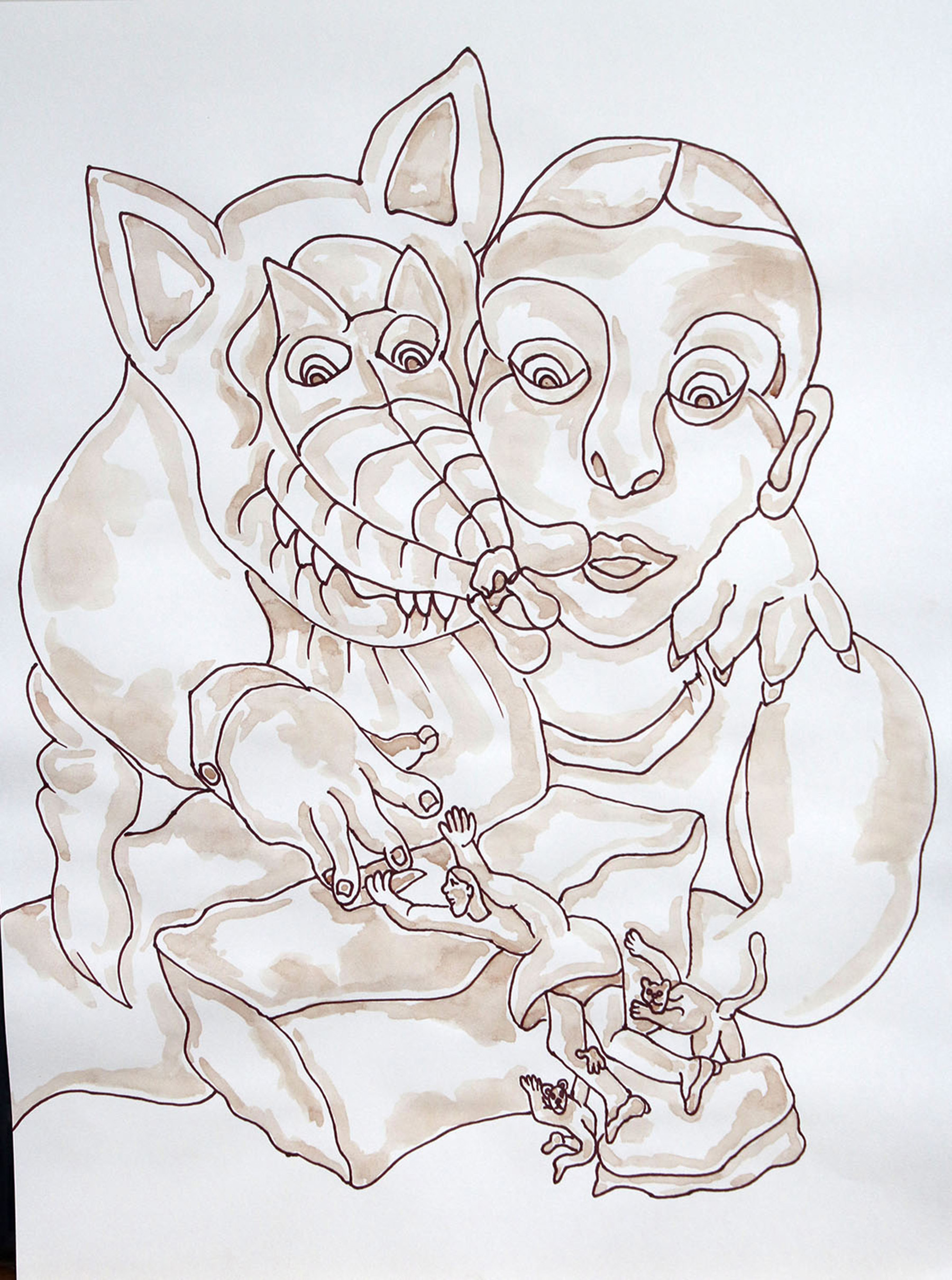 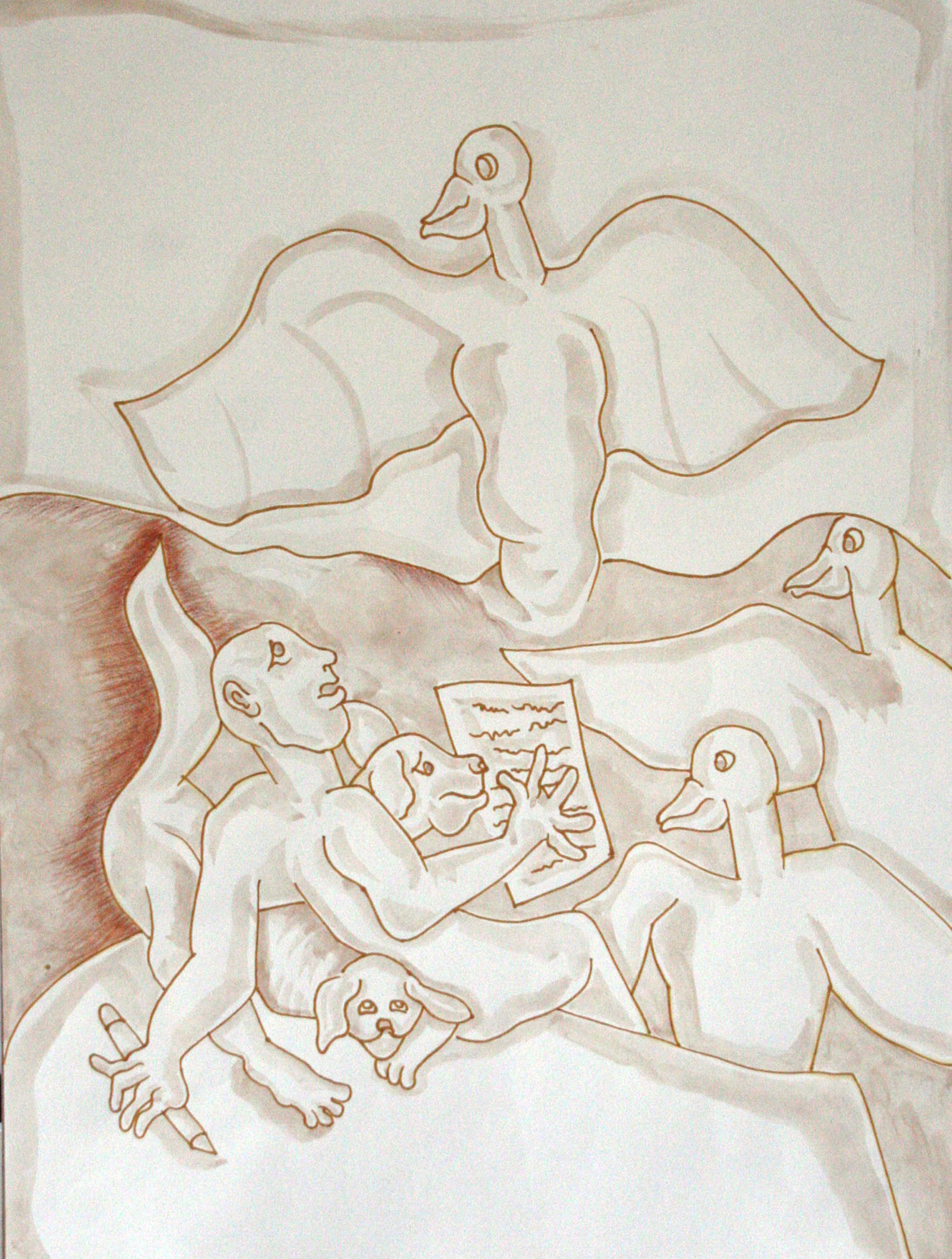 Woman with Letter and Three Birds 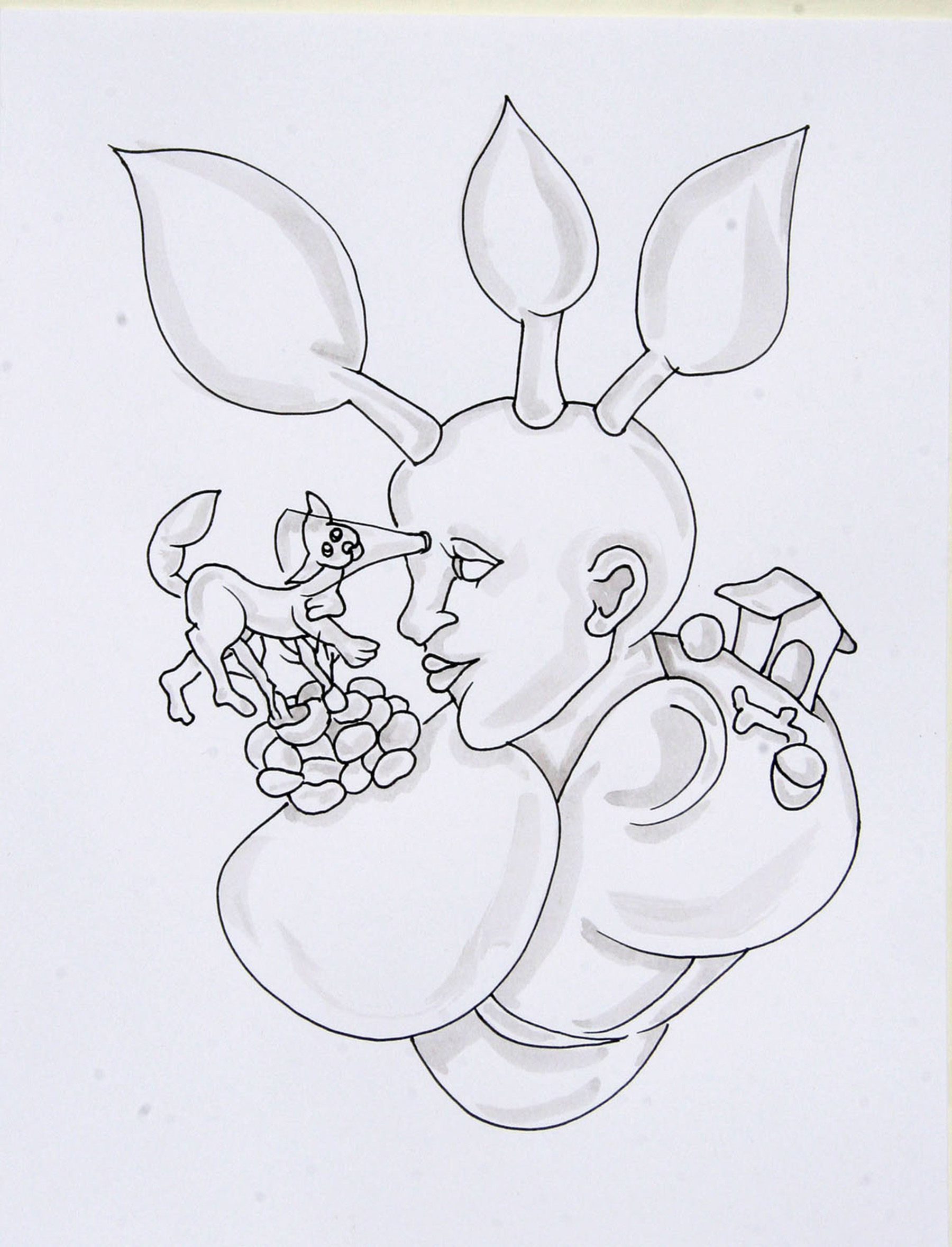 Out of the Grave 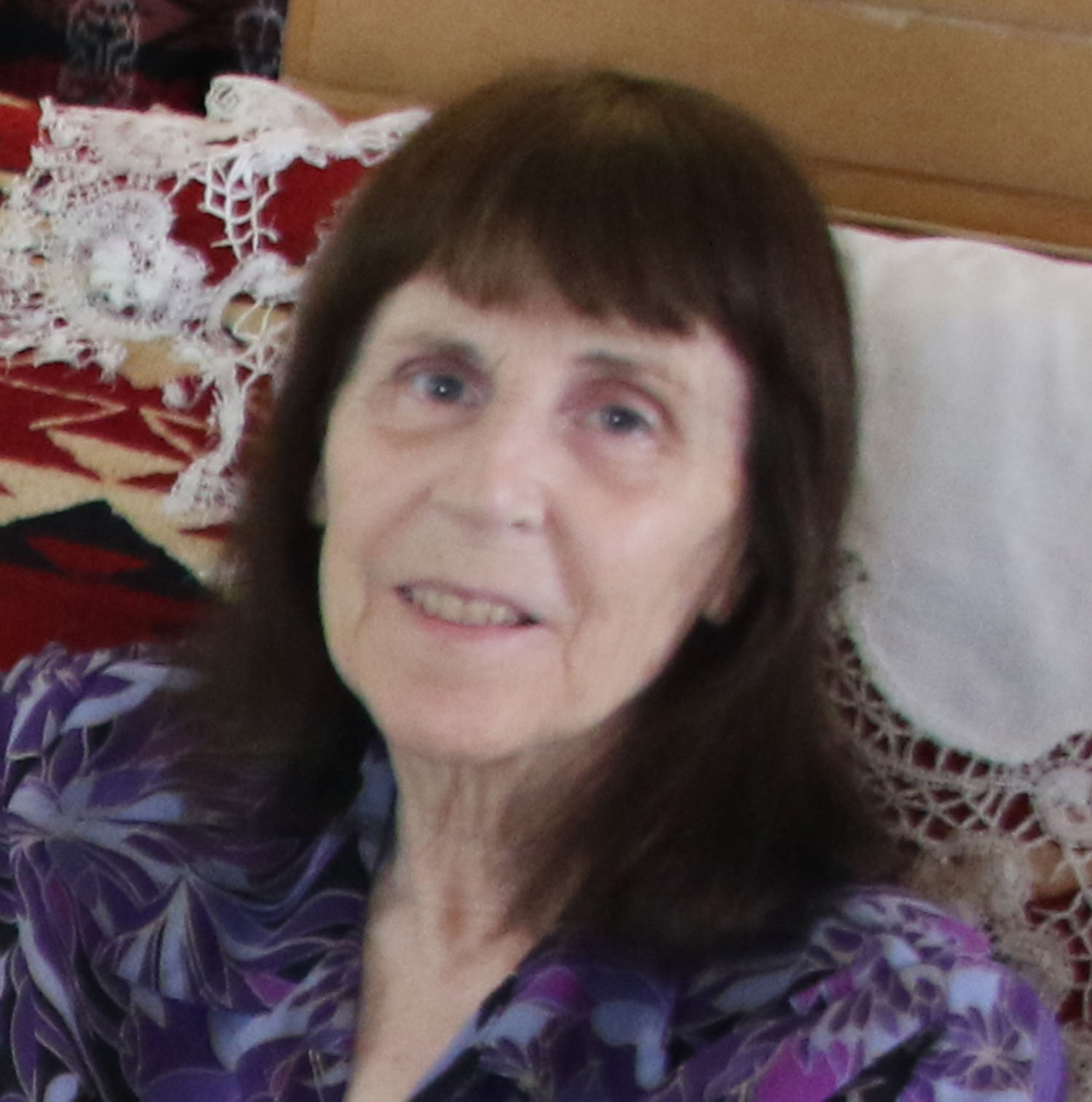 Barbara Timko an artist, social activist, and dreamer has pursued various activities that express her vision of modern American culture. Her explorations produced original body sculptures inhibiting movement which formed the basis of her collaboration with Yacov-Sharir Dance company. The resulting dance works have been performed and exhibited in the USA and Mexico. Sheltered Body, one of the dances, had its world premiere in Bass Concert Hall at the Performing Arts Center, University of Texas. For First Night Austin, she created a body puppet puzzle. The costume sculptures were worn by people who danced in a ceremonial parade, much to the delight of watching children. Currently Miss Timko has been creating a series of 30 drawings. They investigate the role of canines in the human psyche. She holds an undergraduate degree from Pratt Institute, Brooklyn, New York and in 1994 she was awarded a Master of Fine Arts from the University of Texas.

I pluck vision from swirling night dreams to depict journeys with my animal companions. Our adventures continue in the morning, as I bring these images to life, using terracotta and sepia tones through color washes and markers. The muted colors help me to capture the reality of my inner world. My goal is to create a meditated state. Despite my year-long process of recovering from pneumonia, I maintain the self-discipline to continue producing new work. Creating art has helped me survive and continue to grow. Working with paper and brushes is meditative and helps me connect with a spiritual world. I have been looking forward to this exhibition since the last visitor left the studio last year. 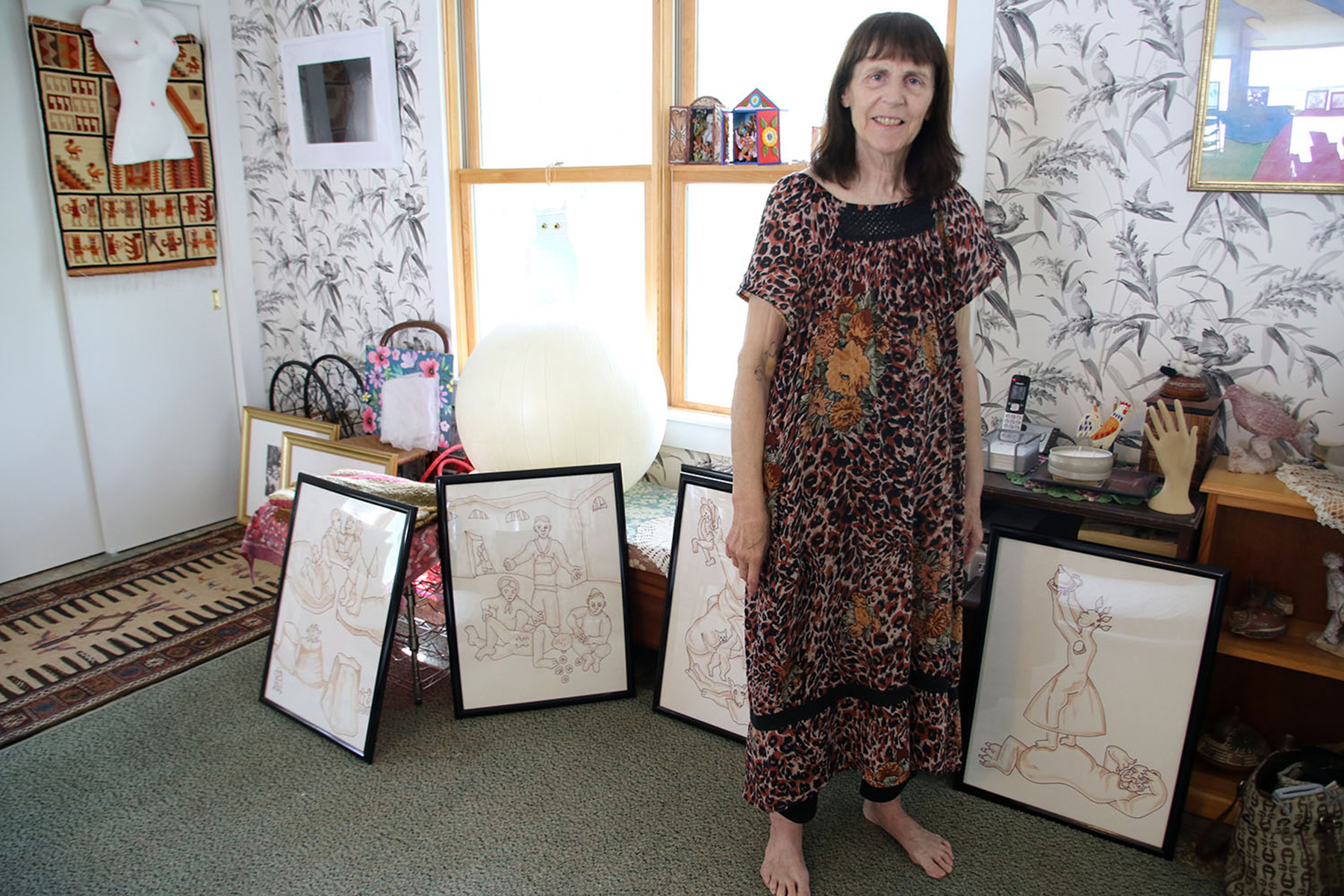 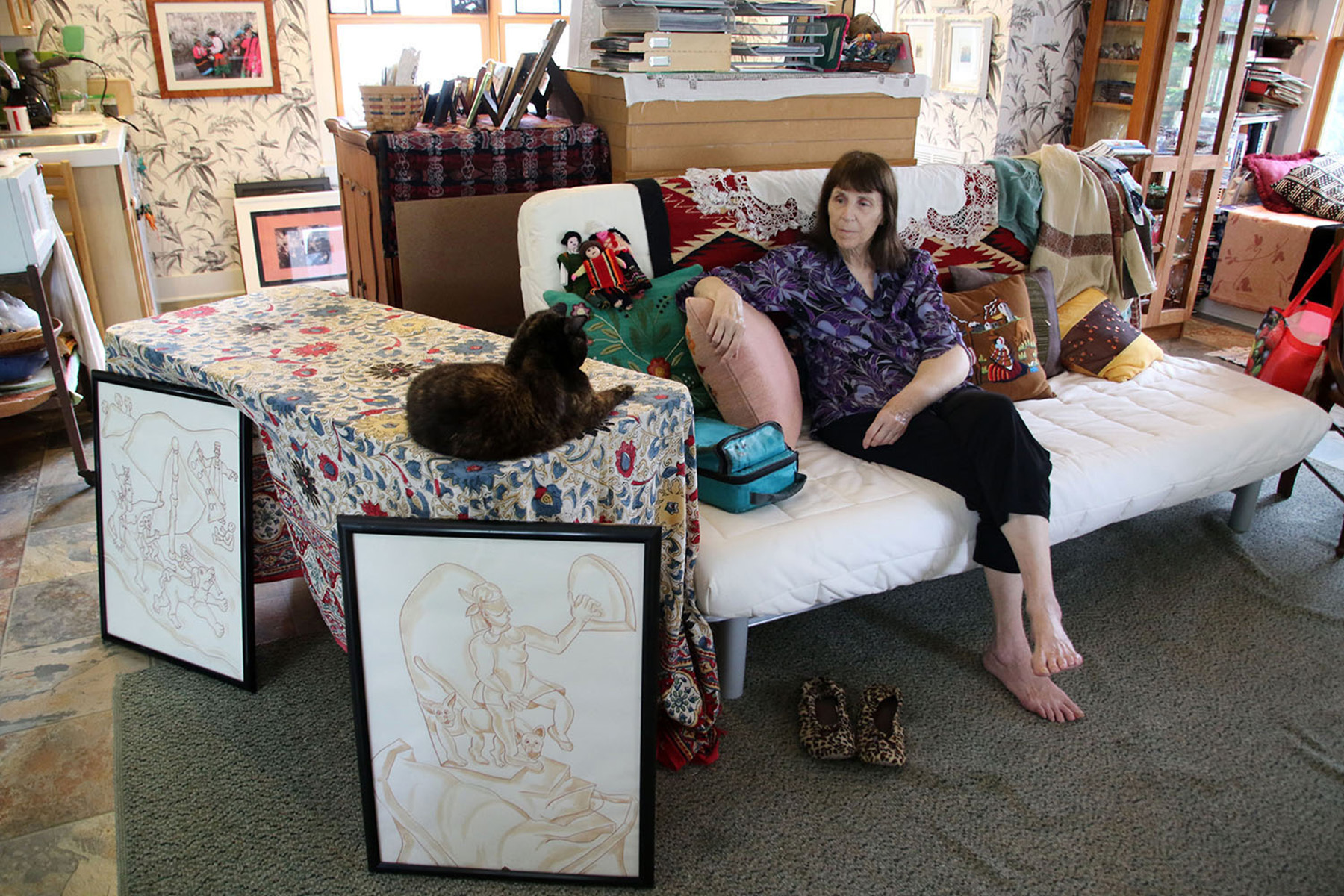 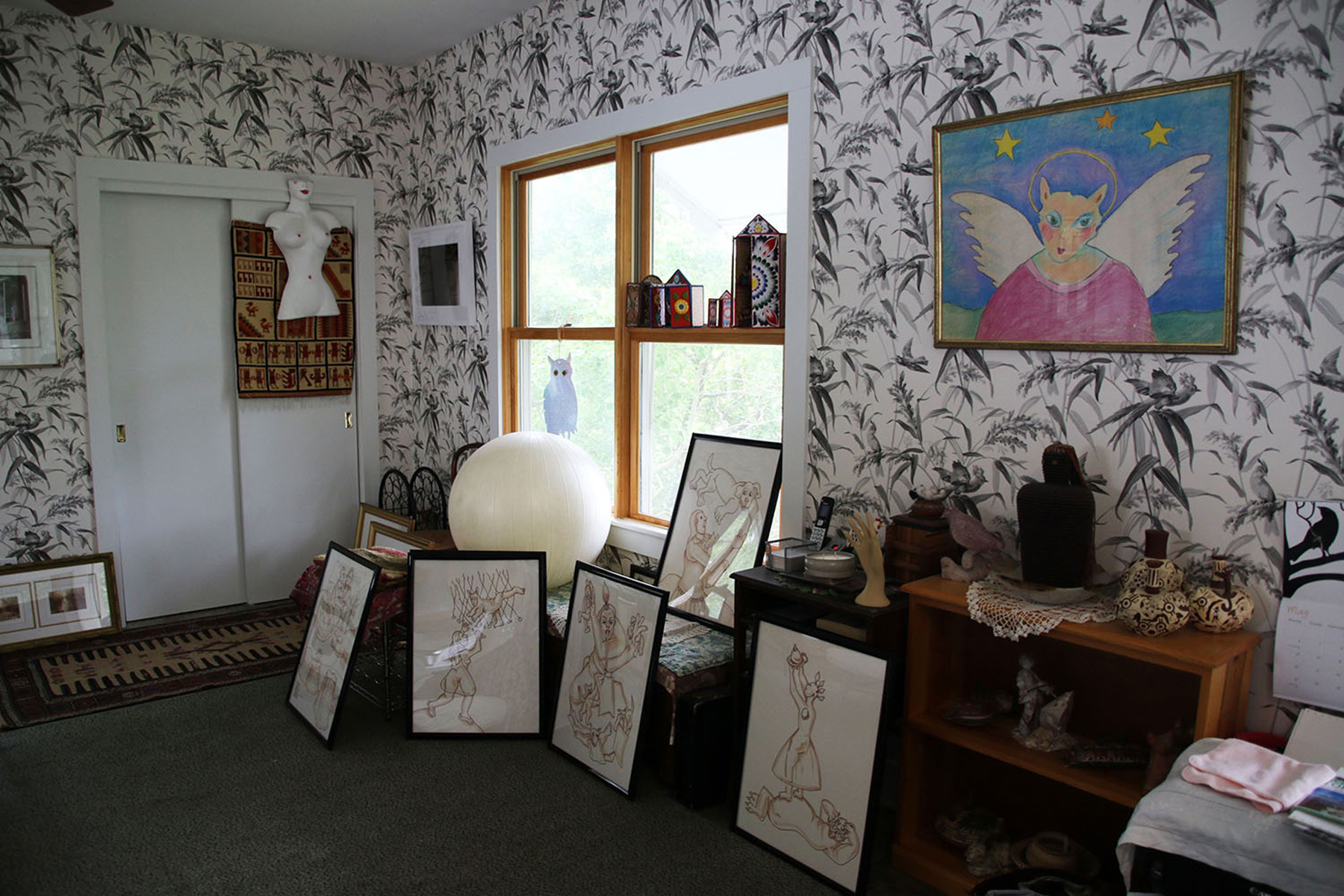